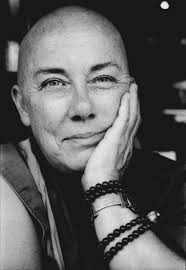 Dynamic and charismatic Australian-born Tibetan Buddhist nun Robina Courtin who travels the world teaching Buddhist psychology and philosophy in a sparklingly clear, direct and compassionate way while helping those in need joins us in Baltimore for three nights and a Non-Residential Weekend Retreat to discuss Our Minds and how we can use it to cultivate the happiness and sanity we so desperately seek. Well known for her work of 14 years with people in prisons in Australia and the US, including inmates on death row, Ven. Robina’s life and work is the subject of the award-winning film Chasing Buddha (2001) and the Australian Broadcasting Company’s documentary Key to Freedom (2008).

Watch this 17- minute video of Ven. Robina speaking on “Happiness and When The Chocolate Runs Out” at the Happiness and Its Causes Conference in 2015.

For more information on Ven. Robina visit her website at http://www.robinacourtin.com/biography.php

ROADMAP TO HAPPINESS- HOW DO WE FIND OUR WAY.
“Happiness is – it’s really simple, it’s what you get when you give up the neurosis.” ROBINA COURTIN
Everyone wants to be happy and no one wants to suffer. We will examine what happiness is and how we cultivate while understanding the role of suffering in our lives.
Thursday May 30 – 7:00pm-8:30pm

Am I trying hard enough? Am I doing things right? Am I being true to myself? Am I letting others down? Am I missing out? Am I enough? Am I too much?

Sometimes these questions and the emotions they evoke are overt, other times very subtle. Our constant need to do and be and to have better and bigger things or to have less is keeping most of us stuck on an emotional rollercoaster, and at what expense to our wellbeing? Let's discuss why we are on the rollercoaster and how to develop the emotional awareness to get off.

This will be the night to make if you can't make any other night.

If you have ever had a question about Buddhist Principles, psychology, and philosophy and how they apply to ordinary everyday people, this is the time and the place to get those questions answered.

Ven. Robina will discuss topics surrounding love, compassion, attachment, relationships, "chocolate", ethics, fear, depression, anxiety, therapy, and any other topics she is inspired to speak about or that you have questions or are curious about.

CULTIVATING WISDOM AND COMPASSION IN THESE TRYING TIMES

There is no hiding the obvious fact that we are living in trying times.

In her intensely riveting, down-to-earth and engaging manner, Ven. Robina will analyze how experience influences our emotions and how we can train our minds to develop emotional inner strength and balance. By cultivating emotional awareness through developing wisdom and stillness, we create the ability to respond to situations rather than to react, to be in control rather to be controlled by our emotions. Helping to separate fact from fiction, she applies a Buddhist understanding of how our ego is at play in all our “disturbing emotions” or “delusions” and explains how we can go beyond them.

This will be a non-residential weekend retreat. You are welcome to join one day or both Saturday and Sunday.
Class hours for Saturday will be 10:30AM-12:30PM, there will be a lunch break (12:30-1:45PM) where you can bring your own lunch or go outside for lunch and come back for the afternoon session. Classes will resume at 1:50PM, finishing at 4:30PM, a break will be included in the afternoon. Class hours for Sunday will be 10:30-1:00pm.

Please note that it is likely that these sessions will be sold out.

You can contact me directly if anyone wish to attend and need finance assistance at sharingthedharma@gmail.com

(sponsorship is available for a few participants who wish to attend, but do not have the financial means to do so). 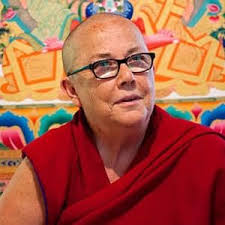 Australian-born Tibetan Buddhist nun Robina Courtin travels the world teaching Buddhist psychology and philosophy in a sparklingly clear, direct and compassionate way while helping those in need. Well known for her work of 14 years with people in prisons in Australia and the US, including inmates on death row, Robina’s life and work is the subject of the award-winning film Chasing Buddha (2001) and the Australian Broadcasting Company’s documentary Key to Freedom (2008).

Ordained since the late 1970s, Robina has worked full time since then for Lama Thubten Yeshe and Lama Zopa Rinpoche's Foundation for the Preservation of the Mahayana Tradition (FPMT), a worldwide network of Buddhist centers and activities. Over the years she has served as editorial director of Wisdom Publications, editor of Mandala Magazine, executive director of Liberation Prison Project, and as a touring teacher of Buddhism.(schedule|facebook)

Ven. Robina's no-nonsense, at times confronting translation of Buddhist psychology has garnered her a world-wide following as she blasts apart all the usual stereotypes pervading religion and the "spiritual". "Being a Buddhist is being your own psychologist, being your own therapist. What that means is really learning to listen to what the hell is going on inside," Ven. Robina says. "The main cause of the misery and the neuroses and the unhappiness in our life is not the outside, but it's the inside. Ven. Robina’s teachings are viewed by millions around the world because of the unrelentingly challenging, hard-hitting, serious, funny, intuitive, inspiring and empowering way in which she delivers them. She specializes in applying the wisdom of Tibetan Buddhism to contemporary everyday life, using examples from TV, magazines and film.

For more information on Ven. Robina visit her website at http://www.robinacourtin.com/biography.php

If your are traveling from out of town/state and are flying- the closest airport is the Baltimore /Washington International Thurgood Marshall Airport (BWI).

The airport is 9 miles south of downtown Baltimore and 32 miles northeast of Washington, D.C.

Transit to and from the airport (BWI):

ACCOMODATIONS:
There are a number of hotels and rentals in downtown Baltimore City (Use the Inner Harbor as marker). The location of the Teachings and Retreat is a 8-15min drive from the Inner Harbor depending on downtown traffic.
Register
Planning an event? Create a Free Event Website
Powered by: